Depending on who you ask, tool-making humans may have been around for as long as 60,000 years.[i] Where have we arrived as a species?

The rich oppress the poor and the strong oppress the weak. We have resources enough to care for all, still one person dies every four seconds from hunger or hunger-related causes. 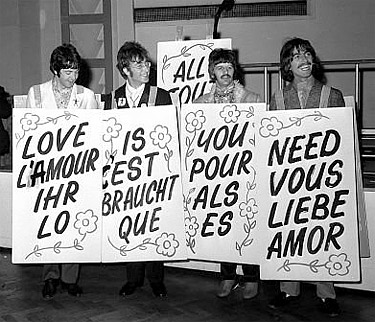 You would think we would have figured it out by now, this thing about human kindness, about loving your neighbor, but it seems we haven’t. Not by a long shot.

Let’s examine just a little of the more-modern wreckage, shall we?

According to the Iraqi Body Count project, as many as 175,000 non-combatant Iraqis were killed in George W. Bush’s Iraq War.[ii] What a ghastly cost. And for what?

During the Rwandan Genocide 800,000 men, women, and children were butchered—often hacked to death with machetes or beaten with farm implements—all this taking place in 100 days, while Bill Clinton (and the leaders of every other nation) failed to take any meaningful action.[iii] Samantha Powers called it “the fastest, most efficient killing spree of the twentieth century.” What better proof of, “All that is necessary for evil to triumph is for good men to do nothing?” (The “goodness” of any given political leader is a matter of some dispute.)

Fact is, we, as “civilized” homo sapiens, seem to consistently completely suck when it comes to attending to the things that really matter in life. And we seem to excel at finding new ways to exhibit callous inhumanity.

Nor can we look exclusively at governments, corporations, and greedy millionaires to be our evil-doing scapegoats. We have to look at ordinary people too, the ones living next door, the ones living with us—yes, we even have to look at the human being in the mirror. Because regular folks are abusing children; husbands are beating and cheating on wives; we are gorging on food and purchasing luxury products while others starve. We are lying, stealing, coveting, failing to love and forgive, turning a blind eye to a thousand injustices … and on and on. We are the problem. I am the problem.

We want to believe we’re evolving upward as a species … but the statistics are telling another story.

No political party or race or class or creed has a monopoly on deceit or cruelty. Evil is, fundamentally, a human problem not a political problem; though its exercise on a grand scale seems to relate closely to the “power corrupts” notion. Power can poison the formerly humble when the glitter of its promises begins to affect their vision.

Republicans brought us Watergate and Kent State. Democrats got us entangled in Viet Nam. A Republican administration brought us the Iraq War and “enhanced interrogation.” A Democratic administration dropped two weapons of mass destruction on non-combatants with high-end estimations of nearly 200,000 killed (includes long-term aftermath deaths) in Hiroshima and Nagasaki combined. (A coherent argument can be made that these bombings ultimately saved lives because they ended World War II, but it’s a slippery moral slope, isn’t it? It’s still the USA using WMDs to murder tens of thousands of civilians.)

So don’t try to tell me it’s those d***ed Republicans or Democrats that are ruining life on planet Earth. It’s people. It’s us.

Of course, individuals and governments are doing good things every day too: aiding the suffering, caring for the destitute and disempowered. People perform simple acts of kindness to help total strangers all the time: they help little old ladies cross the street, push stalled cars off highways, buy lunch for the homeless, etcetera. We are, indeed, capable of “rising to the occasion.” These acts are being done by Democrats and Republicans, conservatives and liberals, the religious and the non-religious.

If we all woke up tomorrow and every living human truly “loved his neighbor as him- or-herself” (not as a religious principle, but a philosophical one) we could do away with the military and police. We could close prisons. We’d be living in John Lennon’s utopia. Unfortunately, that’s an idea we’re still “imagining” and not living out. As Metallica said, “Sad but true.” Hey, Metallica might not have been the first ones to say that … but they said it the coolest.

Yes, you and I have to decide what to believe in, what ideas to support and oppose, and this will mean picking a political representative whose espoused values line up most closely with our own (if we haven’t yet become so cynical that we’ve given up entirely on the whole dog and pony show called politics). So go ahead and pick your guys and gals. Wear a pin if it makes you feel good.

But please don’t pretend that everything’s going to be swell “once the nice people get in office.”

‘Cause that hasn’t worked so far. Maybe you noticed. Expecting it to happen this election cycle might be a tad naïve.

Your job is to be a light where you are. Love your spouse, your kids, your neighbors. Be kind to those with whom you disagree. Disarm them with unconditional love. These are your most critical earthly tasks (and mine). This life-thing is not about winning an argument—that’s for courtrooms (and, c’mon, how just are the decisions coming out of courtrooms these days, really, whichever way they may lean?).

Could there be some human movement that truly makes the world a better place?

Well, it’s already happened, hasn’t it? Abolition. The Civil Rights Movement. Women’s rights. Gay rights. War protests. Occupy protests. These ideas began somewhere and they changed things. Not that those problems are resolutely solved. They aren’t. But there’s been progress. So, there’s hope. Go ahead and join a movement you believe in. Write that check. March that march.

Just keep checking your heart. When you feel yourself harboring ugly feelings toward those whose ideas you oppose, realize that, in all likelihood, you’d be them if you’d been raised by their parents, grown up in their neighborhood, been born in their generation. Try not to just tolerate them. Challenge yourself to love them. That will free you from anything that might morph into hate. Your best chance of changing someone else’s heart is to begin by changing yours.[iv]

Hug people you love. Lift them up with words of encouragement and acts of service.

And don’t forget to lighten up. Life’s too short to be indignant all the time. Have a nice cold beer, or Diet Cherry 7UP, or whatever your beverage pleasure is. Have an M&M (I recommend Peanut). Smile, laugh. Help others to smile and laugh. As often as possible.

[i] Start Date for Human Civilization Moved Back 20,000 Years or So

Jim is a published author, essayist, journalist, and poet. He recently completed a collection of illustrated poems, "Insect Artists and Stealers of Time." You can find this work, along with others on Amazon (link to author's page below). Author photo by Julie Kay Photography https://www.facebook.com/photographybyjuliekay/ View all posts by Jim Wormington

Jim is a published author, essayist, journalist, and poet. He recently completed a collection of illustrated poems, "Insect Artists and Stealers of Time." You can find this work, along with others on Amazon (link to author's page below). Author photo by Julie Kay Photography https://www.facebook.com/photographybyjuliekay/